What Is An Electric Chimney?

An electric kitchen chimney is an electric fan hanging above the gas stove. It makes the kitchen free from any kind of odor, fumes, steam, and heat. It makes the kitchen free from gases released at the time of cooking and extracts the airborne grease. A chimney provides ventilation to smoke, gas and other fumes which are released from the stove to the outside atmosphere. An electric chimney is also known as exhaust hood, cooker hood, extractor hood, etc.

Modular and trendy kitchens make your kitchen look classy and make cooking smooth and fast and it requires little maintenance and chimney cleaning. Electric kitchen chimney is one of the essential accessories when we talk about the modular kitchen.

Two types of Electric Chimneys available in the market:

Advantages Of An Electric Chimney:

Protects The Tiles Of The Kitchen

Oils and gases affect the Walls and the ceiling of the kitchen. Wall and ceiling become black. With a high suction capacity of the chimney, it sucks all fumes. And helps the kitchen roof and walls remain clean. To maintain the performance of the chimney, you should clean the chimney in every three to four weeks.

An electric chimney extracts all the fumes, vapors, and smell from the kitchen and keeps the kitchen free from any kind of smell.

You can get rid of sneezing while preparing spicy food in the kitchen if you use an electric chimney. The immense suction capacity helps in sucking all the fumes, aromas and prevents sneezing.

An electric chimney gives a very decent, elegant, and stylish look to the kitchen; When installing with the door panel of colors matching the kitchen walls, tiles and other appliances.

The electric chimney helps in removing excess heat from the kitchen which makes the cooking process easy. It can be heat or steam coming out of your cooking utensil. An electric chimney sucks all the heat or steam and prevents it from hitting your face making cooking more comfortable. You can focus on your cooking instead of focusing on unwanted sweat. There is an in-built blower in the chimney that inhales all the heat produced by the gas stove and keeps the kitchen cool.

An electric chimney gets you extra light in the kitchen. This is an immense advantage for both cooking and cleaning. One can see what is cooking and make sure that food is cooked properly. When we clean the gas stove, we can see all the dirt and grease at the edges and the areas that are hard to reach. The bulb in the chimney also helps in saving energy. There is no need to turn on many lights in the kitchen. The chimney light is quite enough.

Electric chimney keeps the air clean by removing all the toxic pollutants and gases from your kitchen. These gases can be harmful to you and your family’s health. But with the push of a button, all these particles can be sucked out of the kitchen. It helps to control bacteria growth and germs in the kitchen. And is the best way to fight against the poor quality of air inside the kitchen. It also reduces the level of carbon monoxide which is present in the kitchen due to cooking.

Why Is Electric Chimney Better Than Traditional Exhaust Fan?

How To Clean Kitchen Chimney At Home

Start by applying some dishwashing liquid to the filters. Immerse filters in hot boiling water to clean it. Make sure that the filters are completely immersed in the water. Now leave the filters for 1 to 2 hours in the water. In case, you have a steel container, you can immerse the filters in water and then boil it for half an hour. Boiling will remove grease with more efficiency & quickly than immersing in hot water. After this, scrub it with a scrubber.

Electric chimneys are a little expensive side but they are an important part of a modern & modern kitchen. An electric chimney has many essential benefits that protect your health and provide a clean environment in the kitchen.

What Is An Electrician An “Electrician”  is a person who deals with all electrical supply related issues. The tradesperson

Introduction Introduced in 2007 by Steve Jobs, iPhone is Apple’s flagship iOS device and it’s one of the most

What is Plumber? A plumber is a skilled worker or a craftsman who has gone through a specialized

Click on our representatives below to chat on WhatsApp or send us an email to kaamkebande@gmail.com 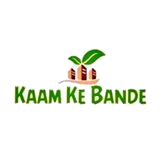 × Need help?
Back to Top